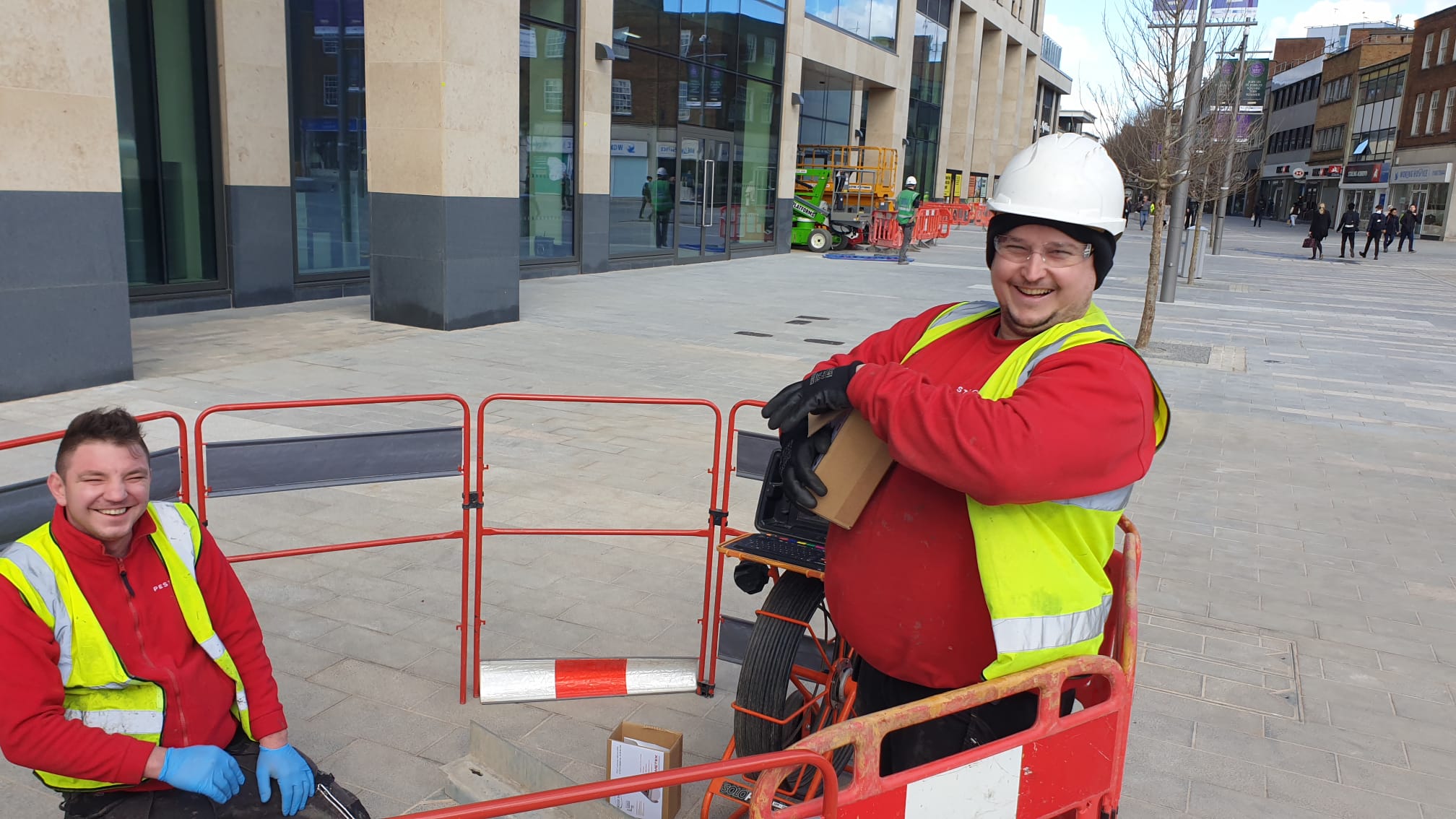 Proofing properties, both big and small, against rats is as important as ever. Britain’s rat population has grown bigger and bolder, attracted by the increasing amount of waste produced by people. Pest control companies have also faced record numbers of rat infestations last year due to the frequently changing weather, and rats are also reported to have become more resistant to poisons.

Rat infestations are not unique to private homes. Public buildings and businesses are also at risk, and proofing needs to be considered right from the planning and building stage, as a rat infestation can be difficult and expensive to get rid of once it becomes established.

Shopping centres and apartment complexes are not immune either – for example, in 2019 a Westbrook shopping centre in Warrington suffered from a rat infestation which the local council struggled to get rid of, with the rats also spreading onto the surrounding residential area. And only last year, a major rat infestation was reported on a council estate in Sheffield, with the rats potentially nesting in the building foundations and the council failing to address the issue.

To prevent costly and difficult extermination jobs later on, developers are increasingly focusing on proofing at the building stage. One way of achieving this is installing rat valves in the drainage system during construction. These are non-toxic proofing devices which prevent rats from accessing a building through the drains – the one-way valves allow waste to flow through, while preventing rats from travelling upstream. Nordisk rat blockers, for example, are designed for professional and industrial use and have twin flaps for double protection. Many rat blockers can also be installed from street level without the need to climb into a manhole.

Pestology, a leading London-based pest control business, were recently tasked with proofing a large new development in Woking, Surrey. This new build project consists of a block of flats with an associated retail complex. Proofing a large-scale new build turned out to be completely different from the company’s usual proofing jobs, as the developer designed and specified the install themselves:

“Normally we survey the site, do all the CCTV work and then tell the customer what valves need to be put where. This time we were told exactly what valves needed to be fitted where, and in what quantity – this was all referenced to the 50 or so manholes located all across the site in a very detailed and organised manner. We were supplied architects’ diagrams & maps of the drainage system, which was being installed in its entirety to service the new block”, describes Managing Director Gulliver Hill.

He and his team installed about 86 Nordisk rat valves as requested by the client, ranging in size from 4” to 12” in diameter, into approximately 50 manholes across the site, tackling both foul and surface water systems.

Proofing a large new building was also tricky due to so many potential access points:

“You are dealing with huge waste streams and complex systems. You have to consider whether the proposed location for a valve is actually suitable in terms of rate of flow, flow levels and whether the valve is too close to any bends, and also whether things like surface water gulleys or road gulleys have been tapped onto it, as otherwise the rats will re-enter the waste system from above ground and come in ‘behind the valve.’ This hadn’t been considered by the architect,” Hill explains.

For this job, the client had designed the setup and valve locations themselves, but a layperson can often underestimate what rats are capable of, so they should generally let a professional pest controller survey the site and design the setup to ensure everything is covered. In this instance, many of the manholes had drop inlets and the client’s request was always to fit the valve into the lower discharge inlet without considering the higher up rodding (or overflow) point. This can cause problems in the future, as Hill explains:

“The manholes were constructed from concrete rings, so presumably the architect thought rats couldn’t climb these or access the rodding/overflow point positioned above. We know for a fact they do – rats can easily climb even very smooth concrete rings in a manner that has to be seen to be believed! Often you can observe this when lifting manhole lids and surprising those rats inside.

Potentially many of the valves installed will therefore be bypassed in this manner by the ever-amazing rat with its incredible physical ability. But that’s another job for another day.  Ultimately, we had no part in designing the rat valve system; we just fitted the valves where they wanted them fitted.”

“Prevention is better than cure”

Hill stresses the importance of taking care of pest proofing in the construction stage rather than leaving it for later, as infestations can take hold quickly and start causing damage before the build is even finished:

“Prevention is better than the cure. We’ve seen new builds start to suffer from rat infestations even when the flats are being sold off plan and the construction team are still on site – it can happen that quickly.  This means they start shredding the PVC waste system aspects causing drain fly problems, leaks, odours and ultimately noises/sightings that then really anger people who have just spent a fortune purchasing a ’new’ property!”

And it’s not just drains that can suffer from a rat infestation:

“Once the rats are in the building fabric, they then shred the plastic central heating system and the fixed electrical items too, so you get more floods, leaks and tripping RCDs. Things like fire alarm systems, smoke vent systems, security systems etc. which have critical safety functions, can all be damaged without anyone knowing until tested!”, Hill warns. “So if you fit the valves in response to an existing infestation (rather than in case of a potential infestation), you already have significant customer dissatisfaction, significant damage to reputation and repair costs on top of the actual valve fitting works!”

“Rats in my brand new house?” It’s more likely than you think

Proofing early on is crucial as rat problems are much more common than you might think, and moving into a brand new build is no reason for complacency. Even though you might associate rat problems with old houses and old defective drains, it’s not just those that are at risk – new builds often have poor quality drainage installations, which leaves them vulnerable to rodent invasions:

“Rat problems in new builds are just as prevalent as in old buildings. PVC waste systems are no obstacle for rats to gnaw through, and internal stacks mean that once the rat exits the pipework it is already inside the foundation ring,” Hill warns.

Working in pest control reveals just how common rat problems are, even if homeowners aren’t willing to admit it, as Hill describes: “This is something that’s on a scale that is difficult to believe until you get involved in this market – it is absolutely everywhere! Look at the faces passing you in a busy street – most of these people either have a current rat problem or have battled with one in the past.  Whether they currently know about it or wish to disclose it is another matter!”

Preventative proofing for a new apartment complex and shopping centre was the first time the Pestology team had done so for a commercial entity, but as more developers wise up to the risk of rat infestations and rat problems increase exponentially, Hill doesn’t believe it to be the last:

“I think it will become more common as more and more people experience rat problems themselves. My guess is the architect on this project (or other key individual involved) experienced a rat problem on their own private dwelling and therefore was very aware of the potential consequences and costs.”

He also believes proactive proofing will increase in the future as more and more people learn from past rat problems:

“The more people that go through this, the more ‘walks of life’ out there become aware, the more we will see proactive valve fitment. Testament to this are customers of ours who have had us in to fix a rat issue with an existing property – when they then move, they always get us to fit the valves regardless of whether any rat problem actually exists! We’ve also seen some of the Housing Associations we work for fitting valves pro-actively when they take over existing stock from another HA or build a new building – again all driven by past experience.”

Are you thinking of proofing your property? Head over to our Pest Knowledge Base for more information and product stockists, contact us on 0800 130 3646 or social media, or email sales@metexonline.com!